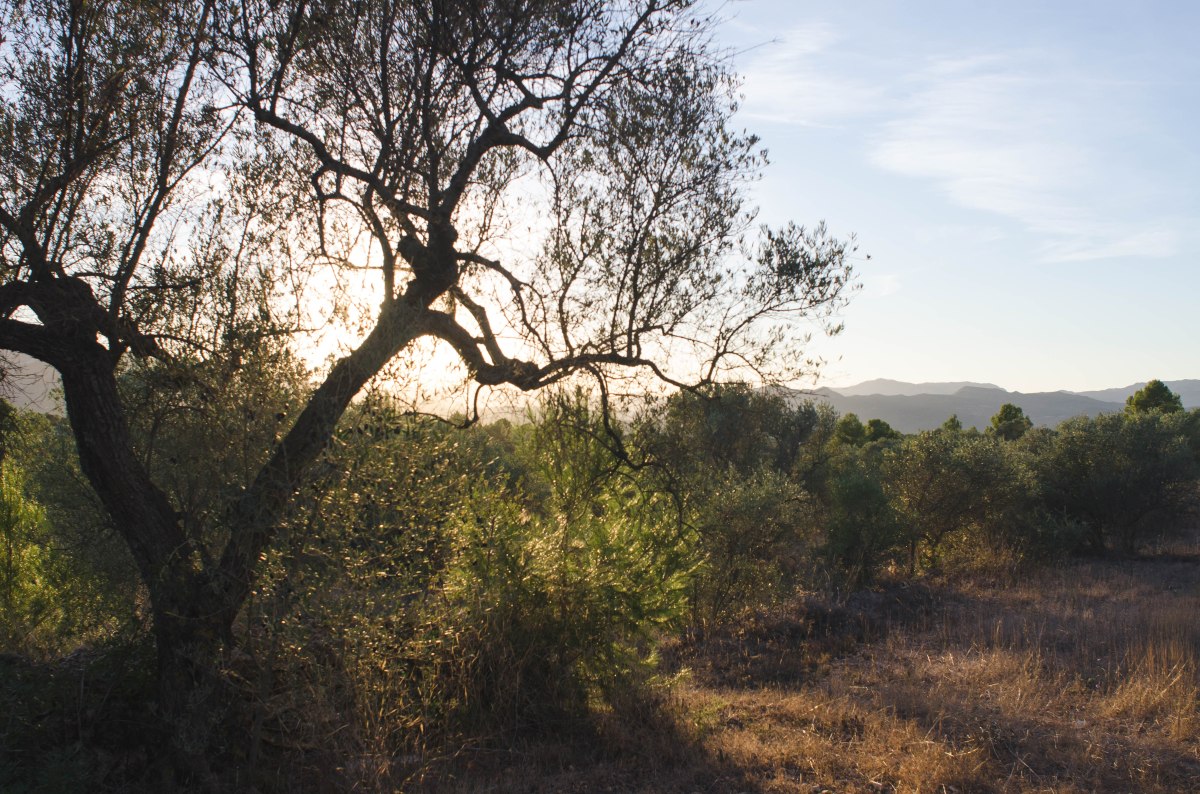 Before we left last January to travel around Europe for almost a year, there was a big question mark over our future as a family. People often asked us what would happen when we returned to the UK, what were our plans, how would we manage to get a house again having spent most of our money?

They were difficult questions to answer because, genuinely, we didn’t have a clue.

For a long time, probably since the days of reading about the children of Cherry Tree Farm running wild about the countryside chatting to nature -loving hermits in Enid Blyton’s books, I’ve had romantic longings for a life lived on the land. In recent years however, with eco-systems increasingly under pressure from the continued pillaging of our planet’s resources and the rampant beast of consumerism crushing everything in its path, I’ve felt necessity take the place of romanticism. I find myself unsure of what to do in the face of such global ecological chaos, but with an instinct to return to the land. Overly alarmist it may sound, but I truly believe we’re living in apocalyptic times. There are many approaches to living through this era of decline: some campaign, others turn to activism, some *ahem* post a lot of stuff on Facebook that no one reads, many – perhaps unaware or overwhelmed – choose not to engage at all and some choose a kind of withdrawal from the world in order to follow the path of a simpler, more self – reliant way of life.

A whole lot of the time, ignoring this stuff is the only way we can manage to get on with the day to day business of being alive, but if I find myself at the supermarket between Christmas and New Year, having popped in for an emergency pot of brandy butter or jumbo packet of dry-roasted peanuts, I’m often alarmed to observe the almost empty shelves and absence of fresh produce. In those post-celebratory, consumption-hangover moments of existential angst, it’s hard to ignore the reality of our dependence on massive corporations to provide the very basics of our existence, the same corporations that are responsible for much of the environmental and humanitarian carnage across the globe. Quite apart from the ecological and economic havoc that these businesses wreak, there’s the rather alarming realisation that if the supply chain breaks down we’re all only about five days away from starvation, or at the very least finding ourselves peckish for highly salted snack foods.

Because of my gloomy preoccupation with our culture’s disassociation from the production of our food, the people who make our clothes, what hideous chemicals are in our cleaning products and so on, Rob and I tried, while still living in our cottage in Calderdale, to look for a house that we could afford with a little bit of land attached in order that we might start to try and be more self-sustaining. It turned out however that finding an affordable house with a garden bigger than a few square feet was nigh on impossible in the part of the world we wanted to live in. There is an irony to living in rural England, that while us common folk can be surrounded by vast swathes of countryside, we cannot generally acquire even a tiny fraction of it to grow our own food and fuel.

Our frustration with the price of houses and land was one of our many motivations to travel. We needed some distance to figure out the answers to how we could home educate, live on the land and pursue our passions and professions without one or both of us working away from home the majority of the time. It’s no surprise that long-term travel is often undertaken by those searching for new perspectives. We needed our Forty Days in the Wilderness, so to speak. 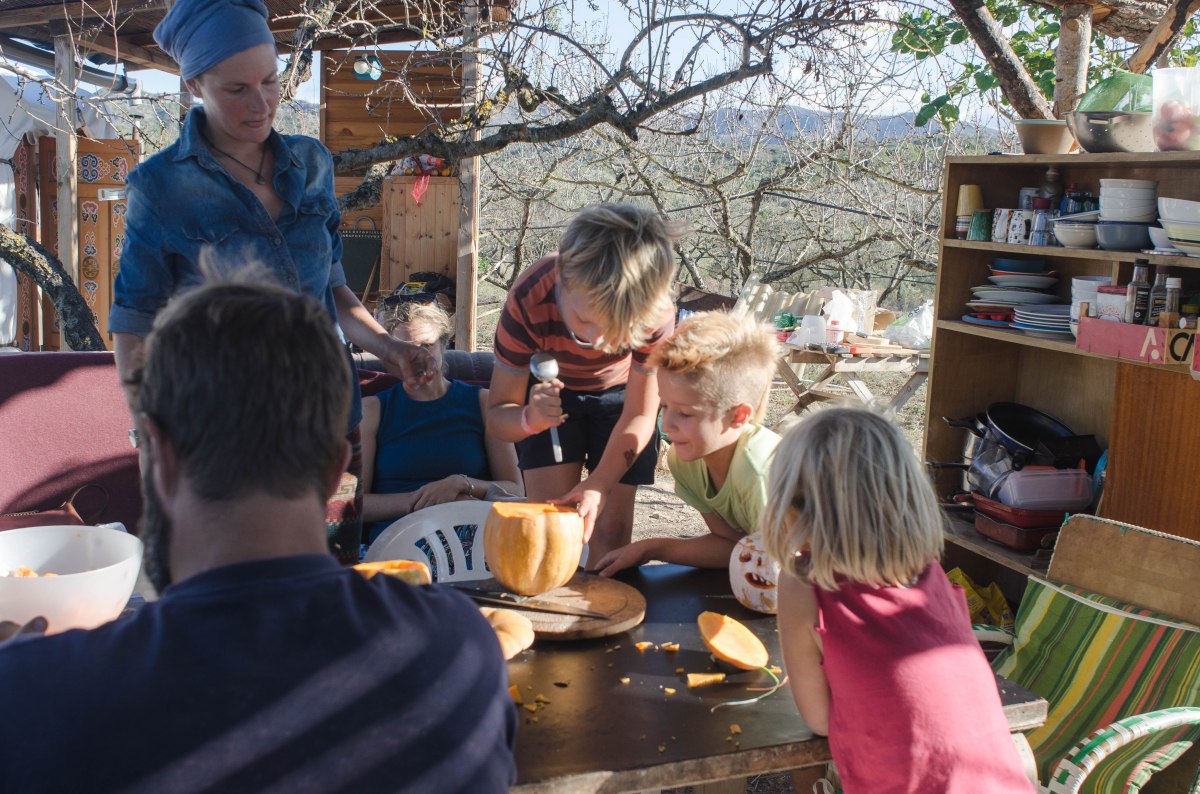 I’d like my family to be able to feed itself, at least partially, from the land outside our door. I’d like our family to un-learn some of the habits of the modern world and re-learn the habits and skills of our ancestors: frugality, the ability to mend and fix things that are worn or broken, living with the cycles of the year and the rythyms of the seasons, growing and preserving food, being closer to nature -more deeply entwined with the natural systems that feed and nurture us, sharing a space more equally with the plants and creatures that live alongside us, conserving what is available and recognising what is truly necessary and what is superfluous to well-being.

I know that all of these aspirations are entirely possible without becoming a modern-day peasant; I have many friends nobly pursuing similar goals in cities, suburbs and villages -with and without gardens, allotments or land. But for me, the land keeps calling.

Back in May, we went to stay with our friend, Ana, on an olive farm in Catalonia. The people there at Finca Slow were living in a way that stirred my soul and, while I’m not sure they’d appreciate me calling their way of life ‘primitive’, in all the best ways it is exactly that. They prefer to call what they do ‘Regenerative Homesteading’, and I’ll admit it’s a more appealing term. From what I’ve seen at Finca Slow it seems to mean an interconnected web of nurturing the spirit by feeding the belly, by tending the land and back around again.

What I’ve realised from visiting twice now, is that life here is stripped down. If you want to eat something you grow it; you want a kitchen, an oven, a toilet? Build it. Not with costly materials but generally with whatever can be scavenged, borrowed, gifted or got from the earth. Life here is never easy, but simple and full of goodness.We liked it. So much so, that when back in May, Dan half-jokingly suggested that we move onto some adjacent land that they were looking after, although I laughed it off at the time, inwardly the cogs started turning.

Over the next few months as we drove around Mediterranean Europe, Rob and I tossed the idea back and forth and exchanged logistical emails with Dan and Johanna. We had a feeling that agreeing to move into a rat-infested stone shed on some leased land for a year, whilst working and living alongside a family that we barely knew was possibly ludicrous but at the same time we couldn’t ignore the potential and the excitement we felt at the prospect of a new, totally different, sort of adventure for our family. 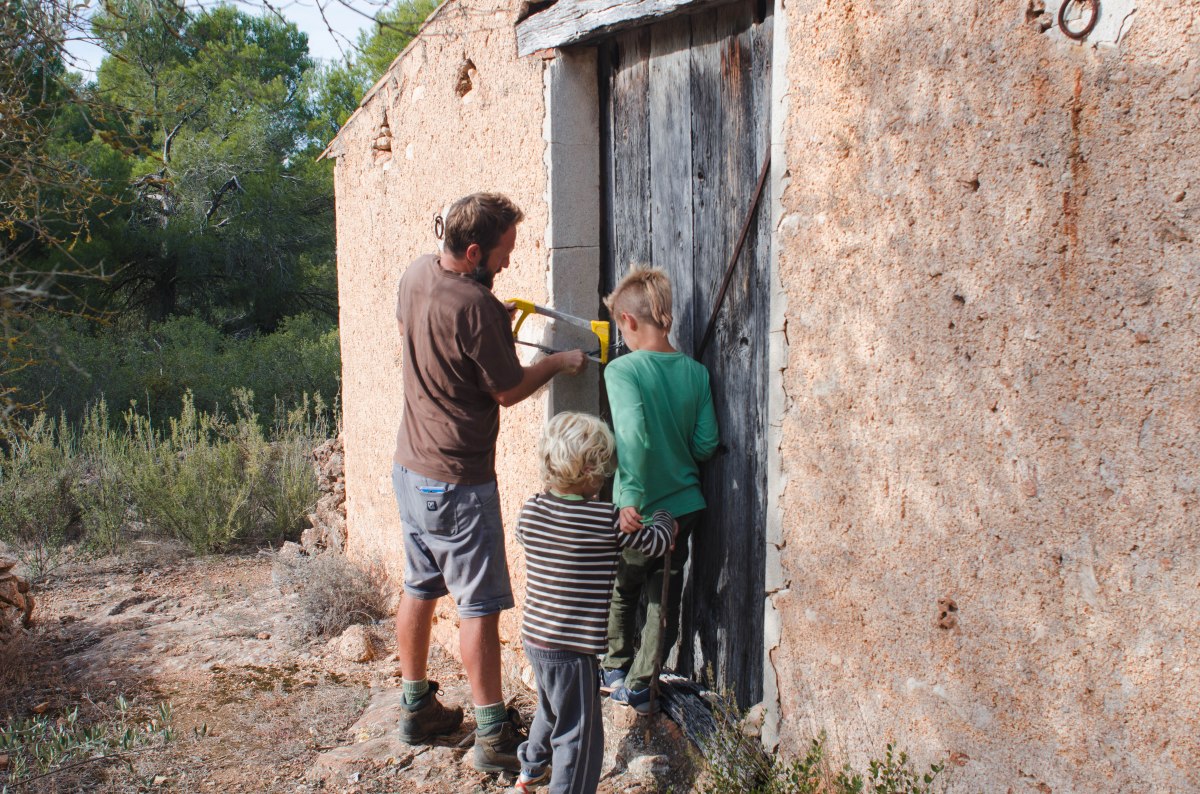 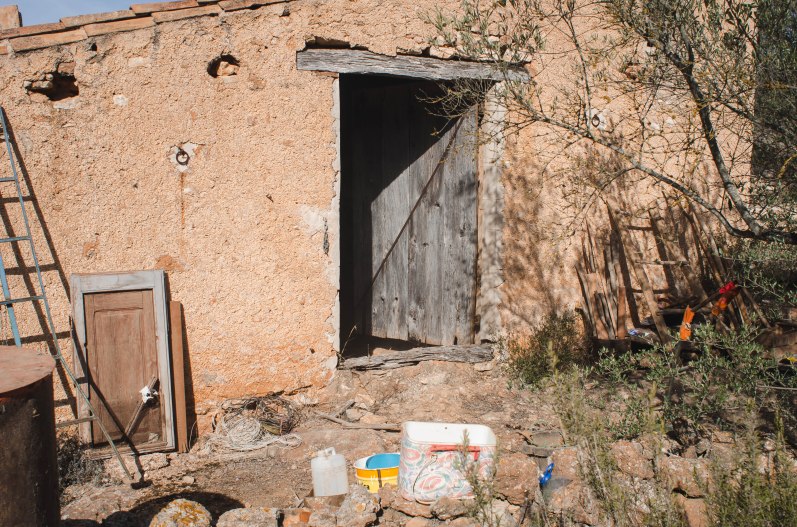 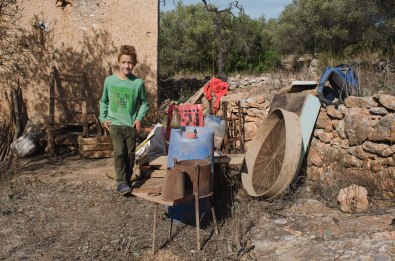 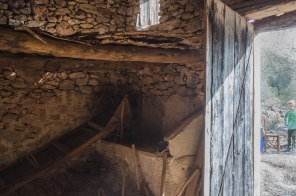 If people ask us what will we do after next year we still won’t have a clue. But for now we’ve found a way to keep trying to find the answers to the question of how we want to live. Hopefully we’ll collaboratively grow some of our food and learn to live without the comforts of mains drinking water and grid electricity. We’ll be starting from the beginning, unravelling our reliance on the comforts of the modern world. Becoming uncivilised.