The biggest job on the list had been ticked off and with that came some relief. It was good to be able to look outside the window of our rented house and see our van parked just outside. It was good to go and sit in it and imagine all there was to come.

Having got Colin home we thought it wise to undertake a couple of test runs. Being complete motorhome novices we needed to figure out almost everything about owning one: where to get LPG and how to fill up the bottles; how to fill and empty the water tank, how the fridge worked, how the boiler worked and what to do about the toilet…

We found a suitable site in the peak district we guessed wouldn’t be too tricky to get to (ha!) and decided to leave after Rob finished work on Friday.

It was already our usual dinner time before we managed to set off. As newly responsible owners we stopped to fill the tyres with air on the way out but the aged rubber valves couldn’t cope and we found ourselves in the dark, with two hungry children and a flat tyre. Thankfully there was a garage next door and the two weary mechanics therein kindly offered to patch us up enough to get on our way.  Much, much later and with enormous gratitude, we headed out.

Being in control of  a vehicle that’s fairly big and very heavy is a daunting thing, so I drove very cautiously and given that Colin is not exactly built for speed, it was getting pretty late by the time we reached Holme Moss pass. We were all getting  little bit tetchy. I’m fairly sure that we didn’t mean to drive up one of the steepest and highest hills in Yorkshire on our first drive out, but somehow that’s just what happened. Colin’s engine didn’t like it, I certainly didn’t like driving it and the tailback of drivers behind us were quite possibly furious about it. I wasn’t sure we’d make it but eventually, with me shouting ‘I don’t like this! I don’t like this!’ like a mantra, we made it up. 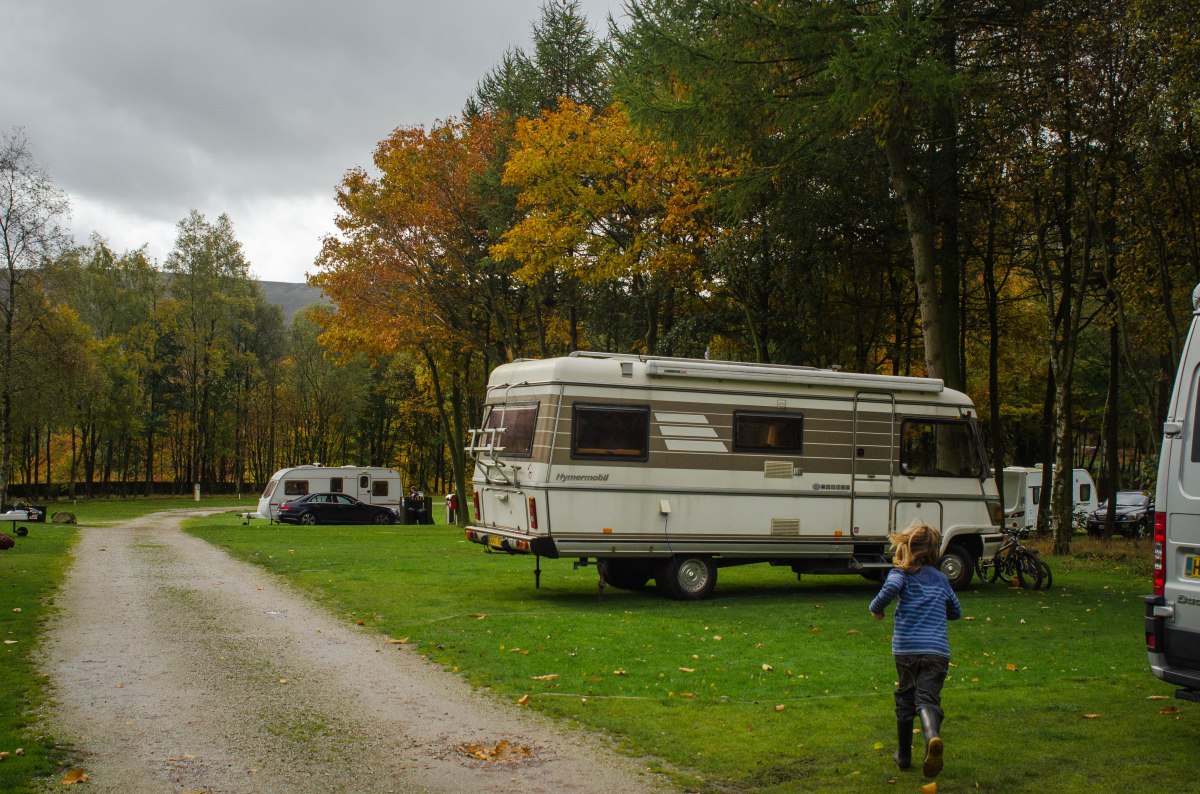 Baptism of fire never felt more true, but we made it to the site, cooked our first meal and slept our first sleep in the van that very night. We even figured out how to do few of those practical motorhome things we’d hoped to, partly due to the help of the very lovely site supervisor. He amazingly had visited Morocco and as we’d been thinking we’d like to go there too he inspired us with his tales, reassured us we’d manage the roads and even gave us his own notated map. That map, with its enticings scribblings, filled us with happy anticipation. That weekend our chat was filled with deserts, sunsets and exotic foods. Eli and Monty wanted to know whether they’d have the chance to ride on a camel, Rob and I quietly wondered whether we’d get to drive the blue line on the map that ends abruptly in the desert, truly the end of the road.

We were so fortunate to get such help on our very first adventure. We learned a lot from the Caravan club man, not least how to avoid reversing onto soft muddy ground that your wheels might get stuck in (ahem). He was a source of much wisdom and inspiration and seemed to have (almost) limitless patience with our many many questions.

The campsite we stayed at, Crowden, has fully hooked up pitches, great facilities and is really close to the A628.