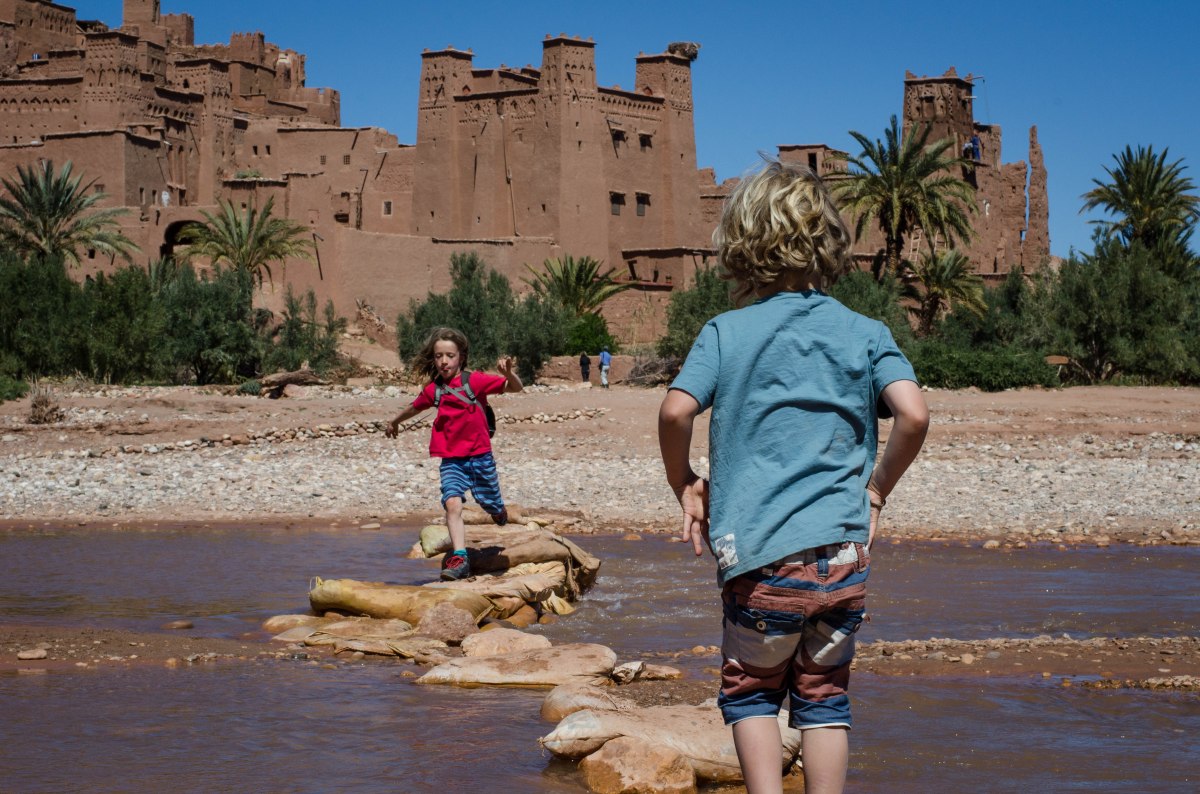 In between what you see in these pictures, imagine us undertaking more crazy six hour drives up barely surfaced mountain roads in second gear. Imagine children running alongside our van sometimes waving, sometimes throwing stones and sometimes making *ahem* lewd gestures. Imagine us waiting for herds of goats just lying in the road. Imagine us taking detours more suited to a tank than a classic Hymer, where flooded rivers have blown the roads out. Imagine us stopping for lunch and shopping at a market where there are sheep’s heads piled on the floor outside the butcher’s stall. Imagine us wandering a town that’s featured in movies, where only a few people live but there’s a rug salesman around every corner. Imagine an American film crew running up and down steps in the heat of the afternoon, their sound guy looking as if he could do with some medical help. Imagine us walking through lush palmeries, heavy with the scent of almond blossom, where quietly intent people toil at their perfect little patches of fertile earth. Imagine us meeting a little boy carrying a basket full of rubbish, who asks us for one dirham. Imagine us uncomfortable that we have only enough money for a taxi back down the valley and no change to offer him but a measly half dirham. Imagine us offering him what food we have; a couple of cheese triangles, some nuts, some dates and a handful of seeds. Imagine us watching him grabbing at these offerings and stuffing them into his pockets like they’re gold dust, then helping him hoist his heavy load back onto his shoulders and watching him walk away. 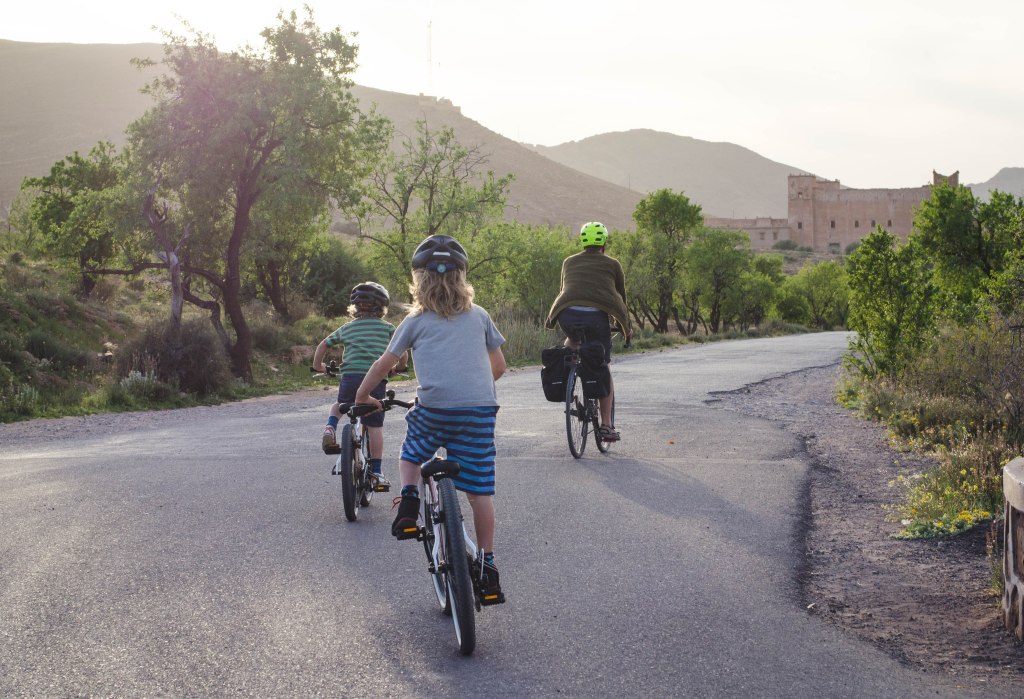 Cycling to kasbah Escale Rando in Taliouine. The resident family is working to restore it 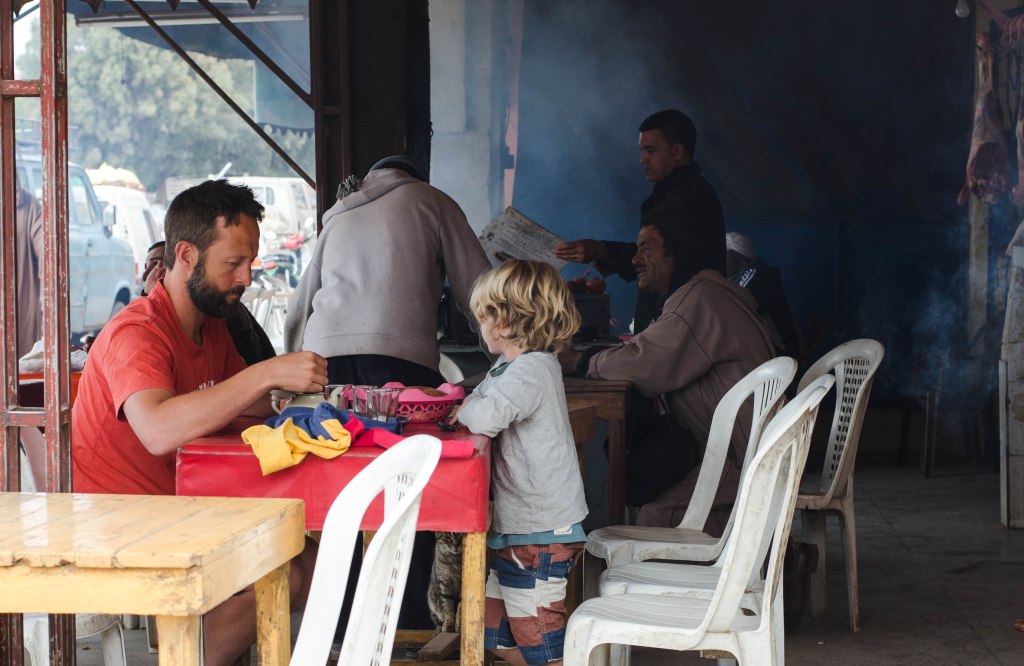 Lunch stop for plate of unidentified chargrilled meats in Tazenakht 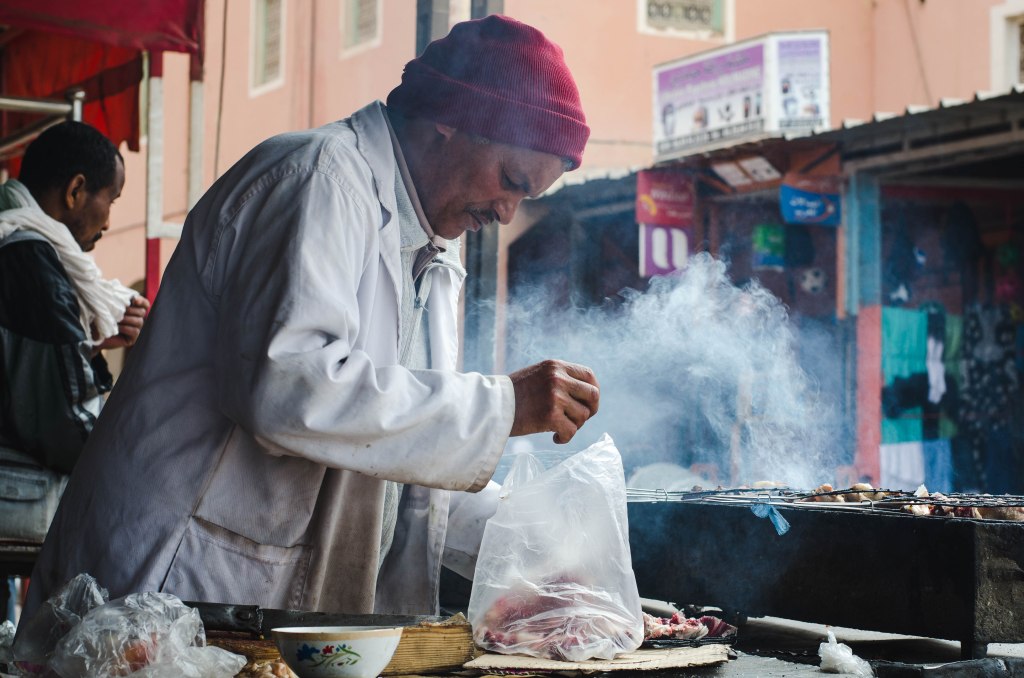 The barbecue guy in Tazenakht 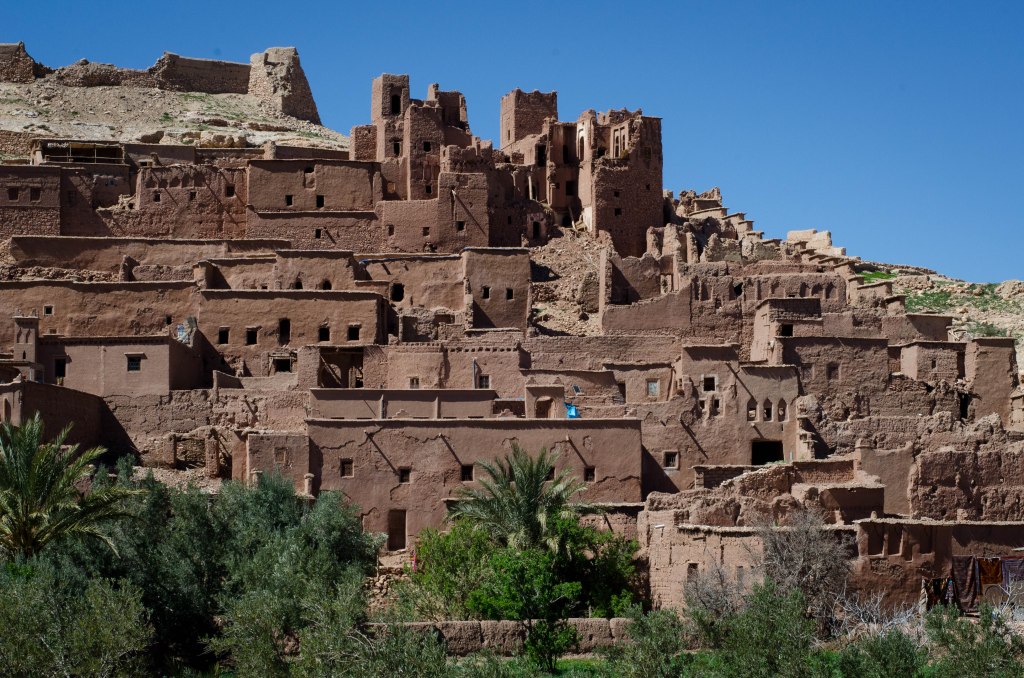 Ait Ben Haddou, UNESCO World Heritage Site and set for Gladiator and Game of Thrones, amongst others 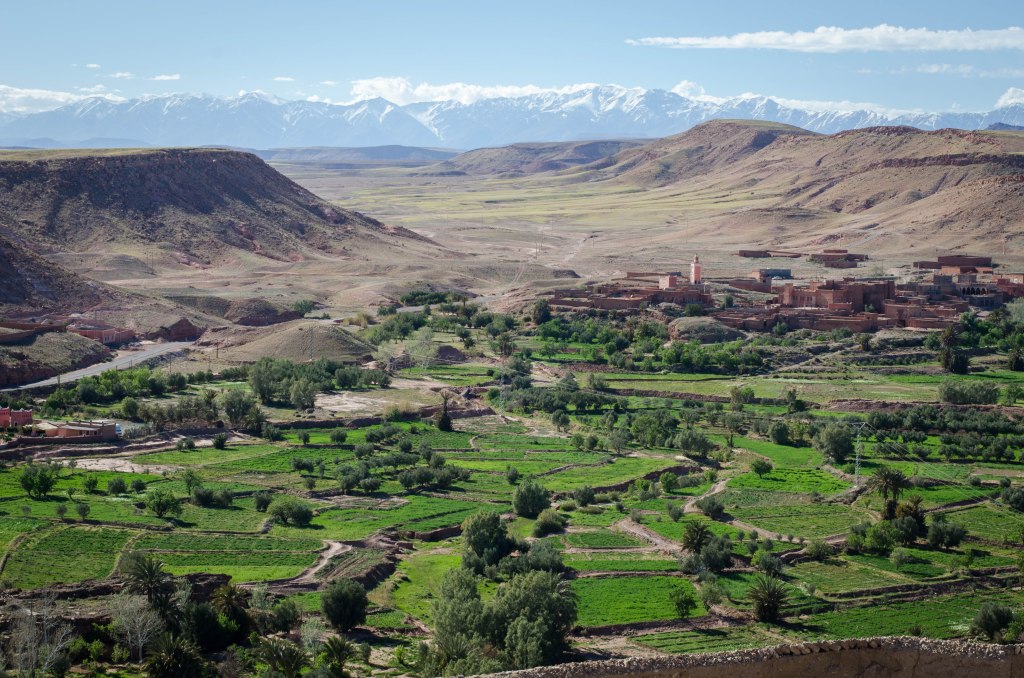 View from the top of Ait Ben Haddou 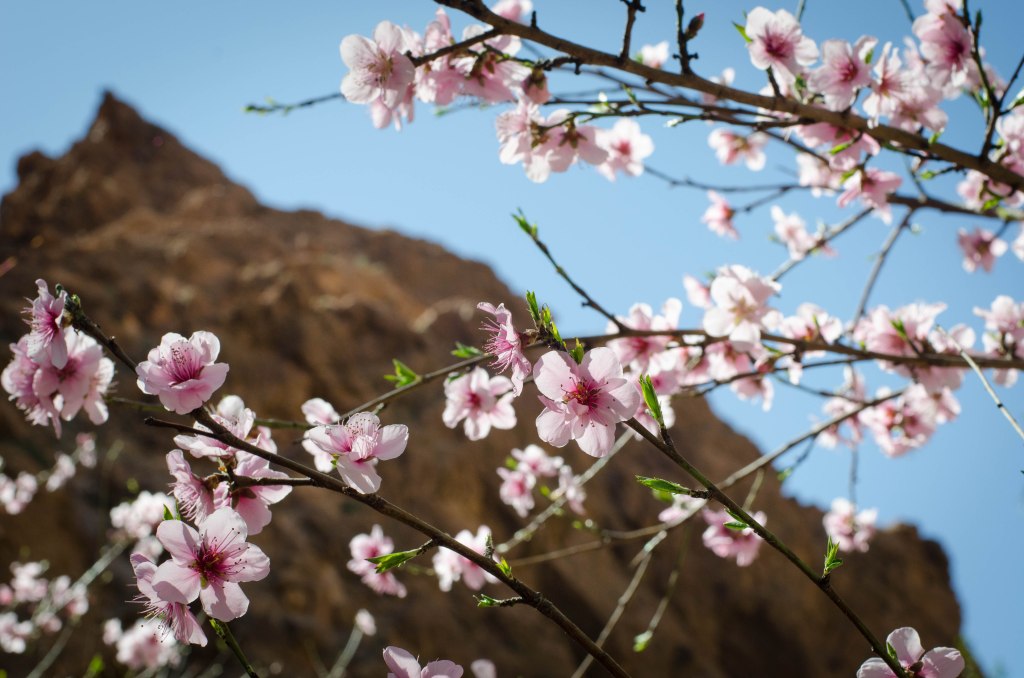 Almond blossom at Todra Gorge. The memory of three perfect blossom trees, caught in a single patch of sunlight within the palmeries, will always be one of my most treasured Moroccan moments. Pure magic 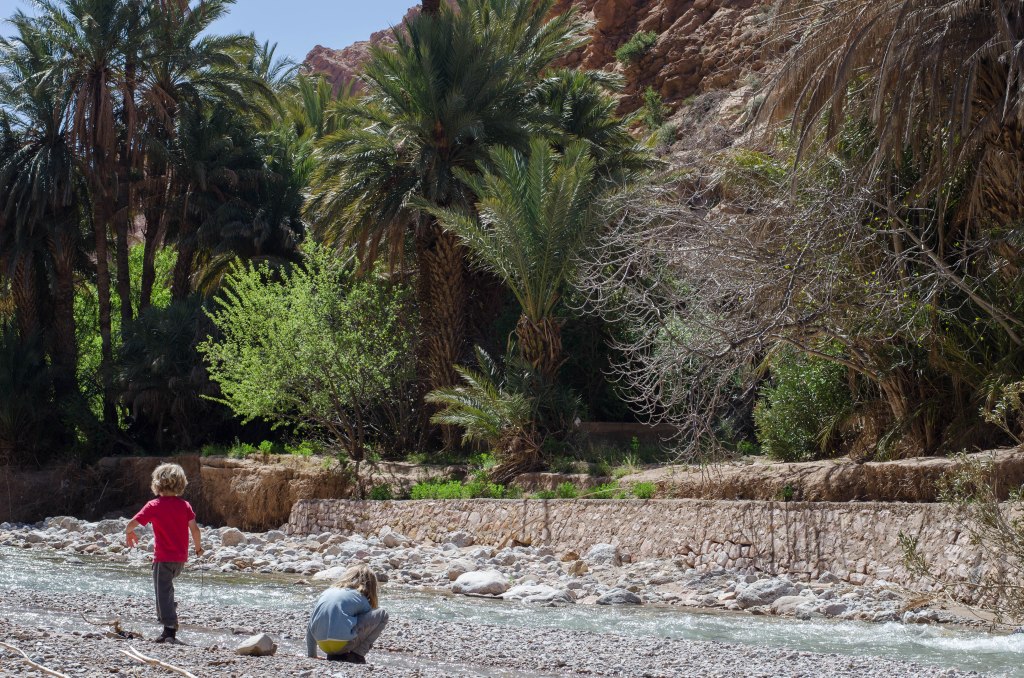 The walk through the palmeries to Todra Gorge itself was arguably the highlight of our visit. The gorge is impressive but it’s cool and fragrant and lush beneath the palms, beside the river 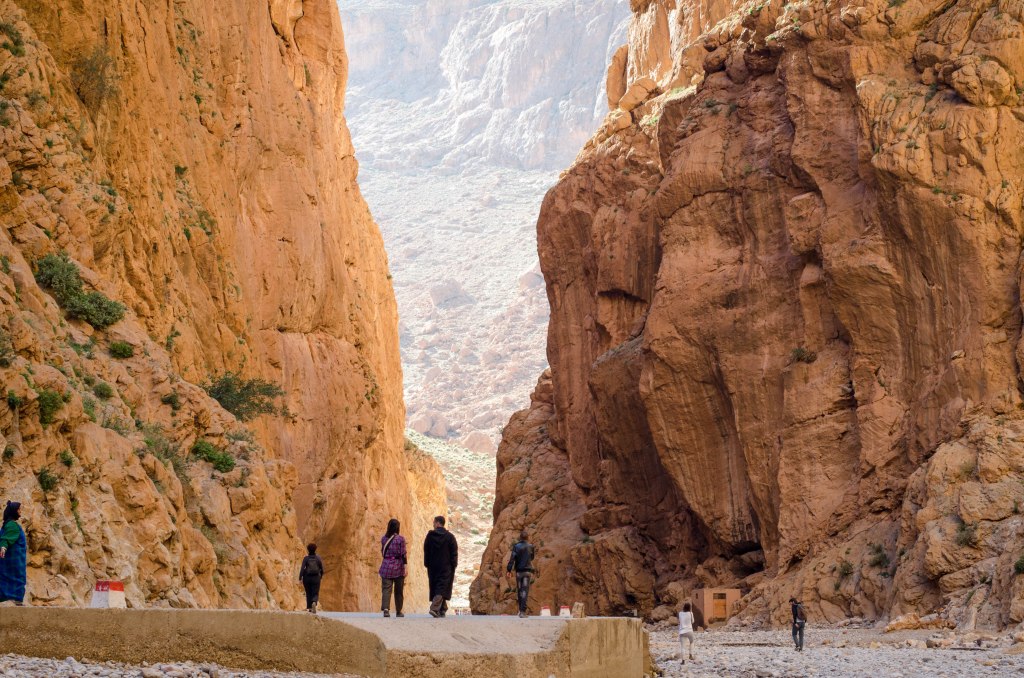 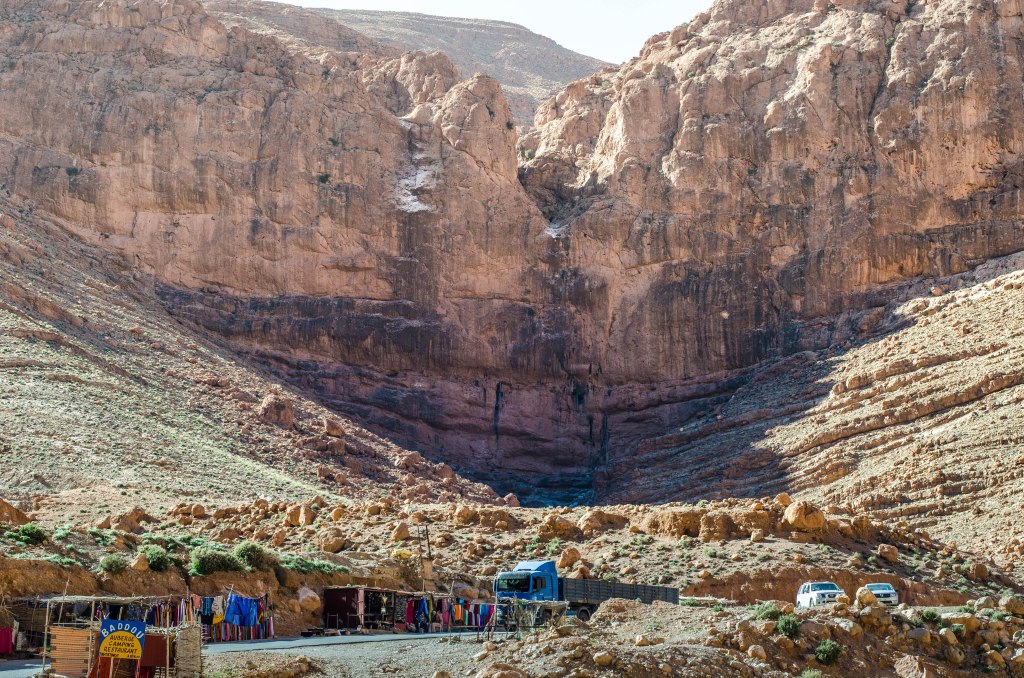 More Todra Gorge. Rob and I would have liked to walk further but the boys were absolutely jiggered, having already walked around 7km 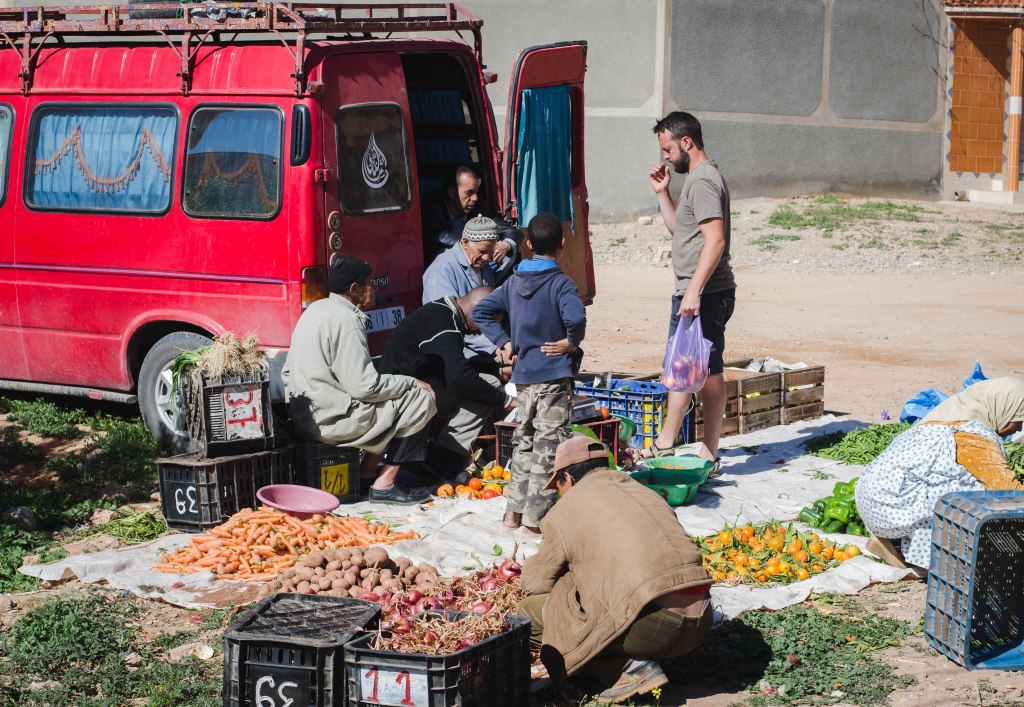