Fez was to be our last big stop before we left Morocco to meet my parents in Southern Spain and we drove almost the entire length of the country to get there. Leaving the baking desert at Merzouga, we stopped only briefly at Azrou for a spot of monkey-bothering and once for an overnight rest at the Ziz Gorge, passed by the still snowy Atlas mountains and arrived in Fez only three days later. We were determined that our Fez experience wouldn’t be a repeat of our Marrakech misery and, to that end, we booked into a guesthouse within the medina itself, hoping to be able to give ourselves up to the sensory onslaught of the souks, then slip back into the calm of the dar (like a riad)* and recover. Our customary frugality was also abandoned for the weekend as we knew it would all be much more enjoyable if we could enter into some friendly haggling. To help us start our aquaintance with Fez without getting immediately lost, the guesthouse owner Brian met us by the great gate Bab Rcif, from where he lead us through the utterly baffling complex of winding passageways to our place of sanctuary.

As we walked, great beams were jammed as supports between precariously bulging walls on either side of us, impossibly narrow passageways split off to our sides and low pieces of ancient buildings crossed the walkways. Travelling at any speed through the medieval heart of Fez would be something like running an alternative architectural obstacle course, invloving twists and turns as you squeezed down paths, edging carefully around pitch black alley openings and ducking under timbers. I can’t imagine there’s anywhere else quite like it, except perhaps sixteenth century London complete with grime. Occasionally, sharp beams of bright light sliced through the dark murkiness, hinting at another realm outside of this otherworld we’d stumbled into. I liked it completely.

For the next two days we had a great time. Despite all the guide book warnings about Fez being a hive of thieves and hustlers we found that we were hassled generally far less than we had expected. Shopping – a mostly stressful business for us in Morocco – was almost fun, and we dutifully bought our leather slippers and rugs (even though we have no house to put them down in), visited the tanneries, chatted to the locals, marvelled at the Attarine Merdersa and slipped through the crowded souks with grins on our faces. We mercifully managed to upset only one small boy for not going with him to his brother’s tannery. He told Rob he was not a nice man and then stalked us with his band of kindergarten ne’er-do-wells, throwing us malevolent glances around every corner, until eventually we bought our freedom with a bag of bright pink and green nougat. Although he was clearly reluctant to let us go, in the end the sweets won. 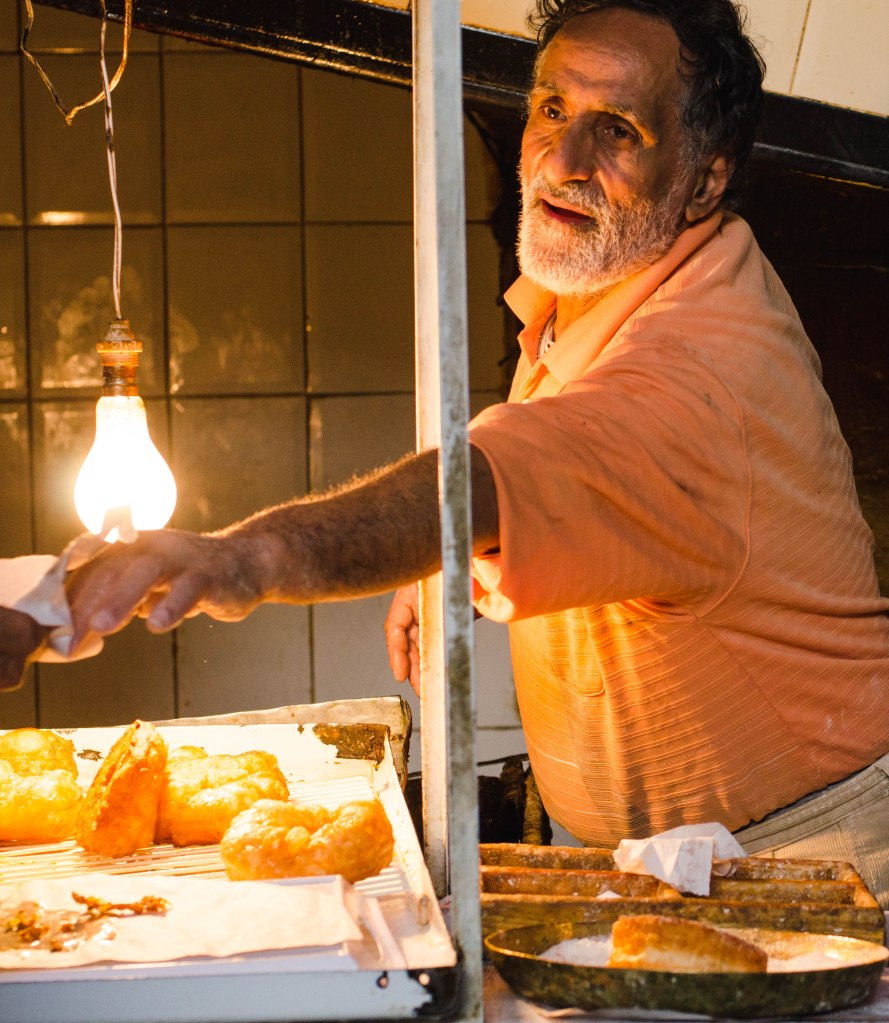 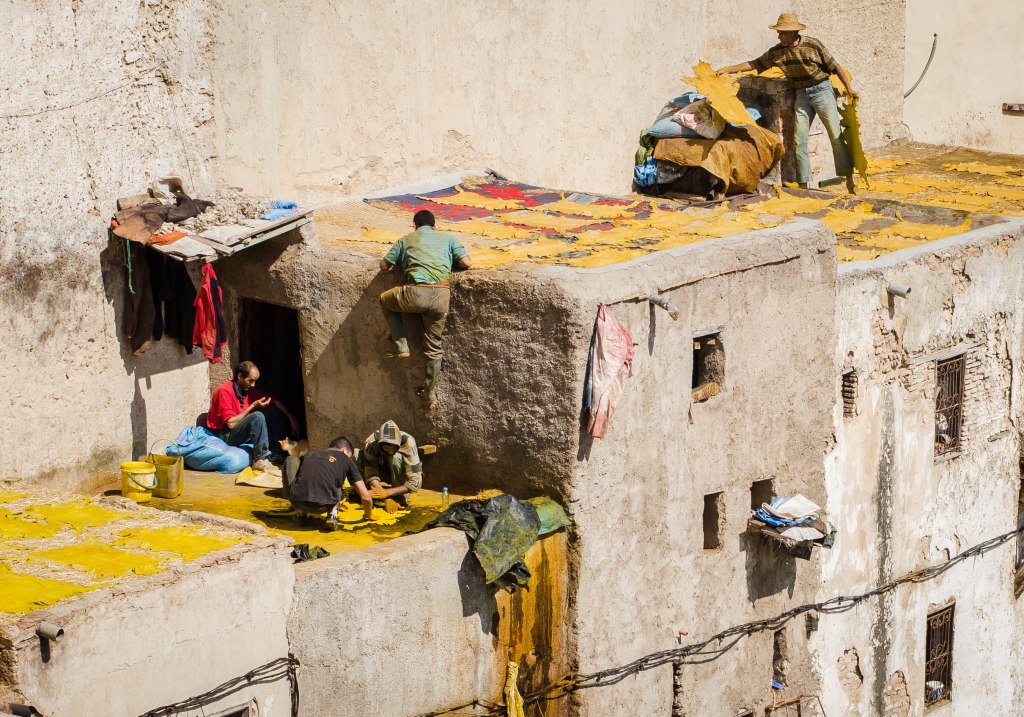 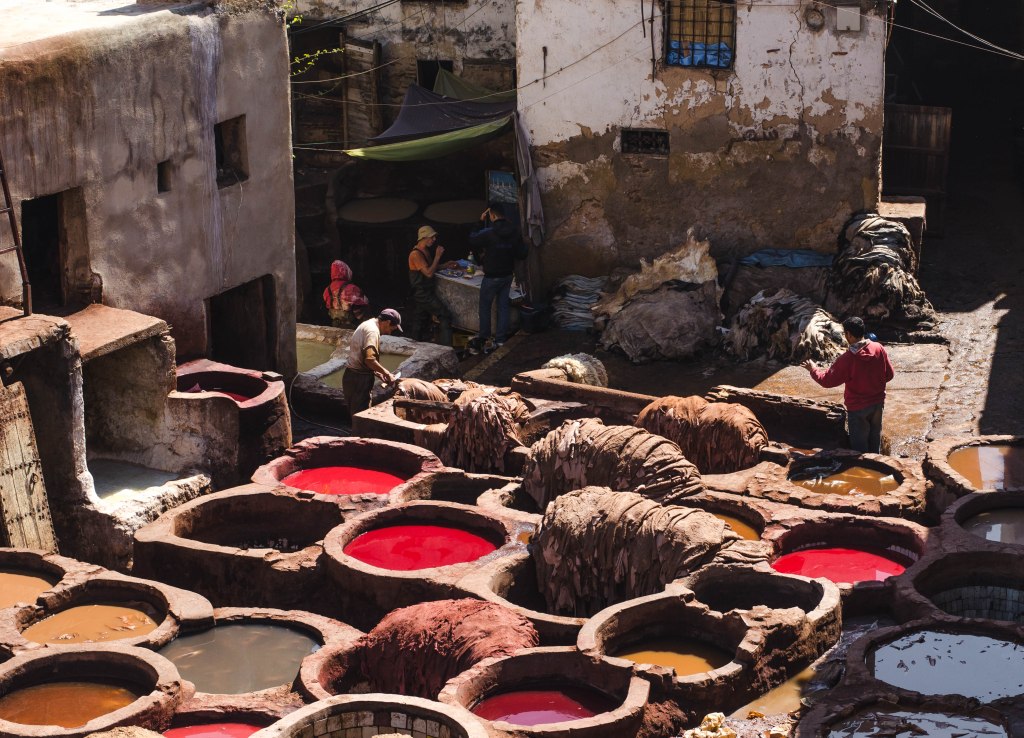 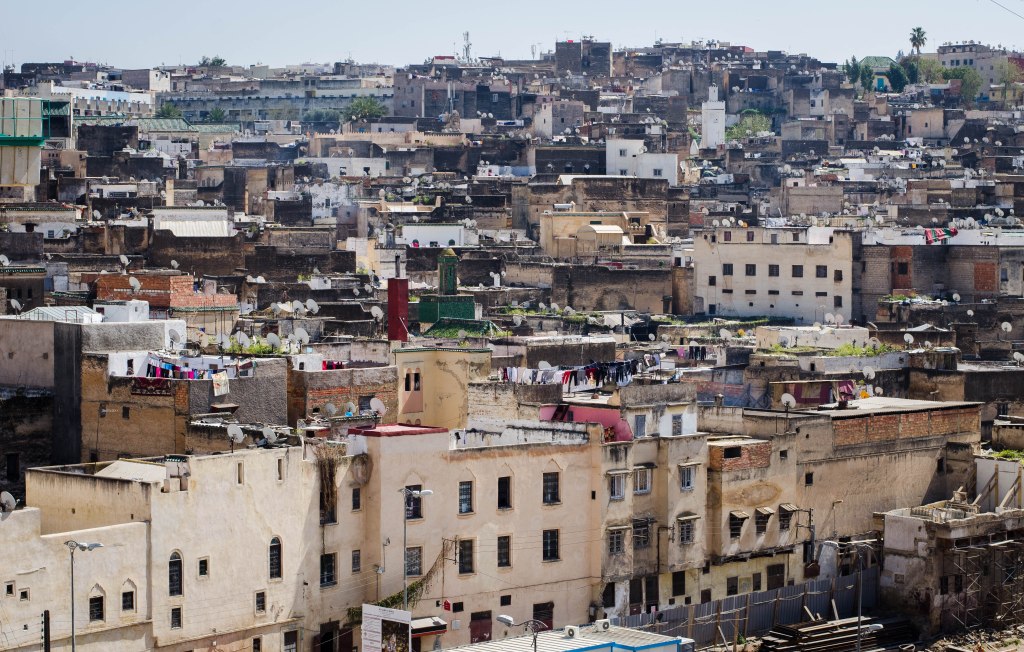 As seperate units – Rob with Eli, me with Monty – we negotiated the cutthroat business of catching a taxi across town, despite having a few stones thrown at us in the process. And found a trendy cafe populated by young Fezzi’s with selfie sticks where we watched swifts wheel through the evening sky and common kestrels huddle in the tower of the nearby mosque. It was a triumphant travelling moment; one of those little clusters of days and experiences in which you feel at home without being at home, where everything works out – even the uncomfortable bits, even though tiredness may be pulling at the heels – there is an elation that it’s all outweighed by the wonder of it all. The clamour, the colour, the drama, the beauty.

Buoyed up by this travel euphoria I decided I’d try and be adventurous and dedicated and get up on our last day, which was also Mother’s Day, to take pictures. I was after the hallowed dawn light; the city waking up; a little glimpse under the sequinned skirts of the medina. So I rose with the first call to prayer of the day and stepped out into the half-light of the labyrinth. I wandered tentatively, afraid of getting lost in the maze of alleyways, and moved slowly trying to settle into the still-sleeping city. At that time the birds are deafening and the starlings particularly noisy. Their strange loud whooting combined with barking alley dogs rattled me and I wondered if leaving the safety of our lodgings at this hour wasn’t actually a little bit silly… 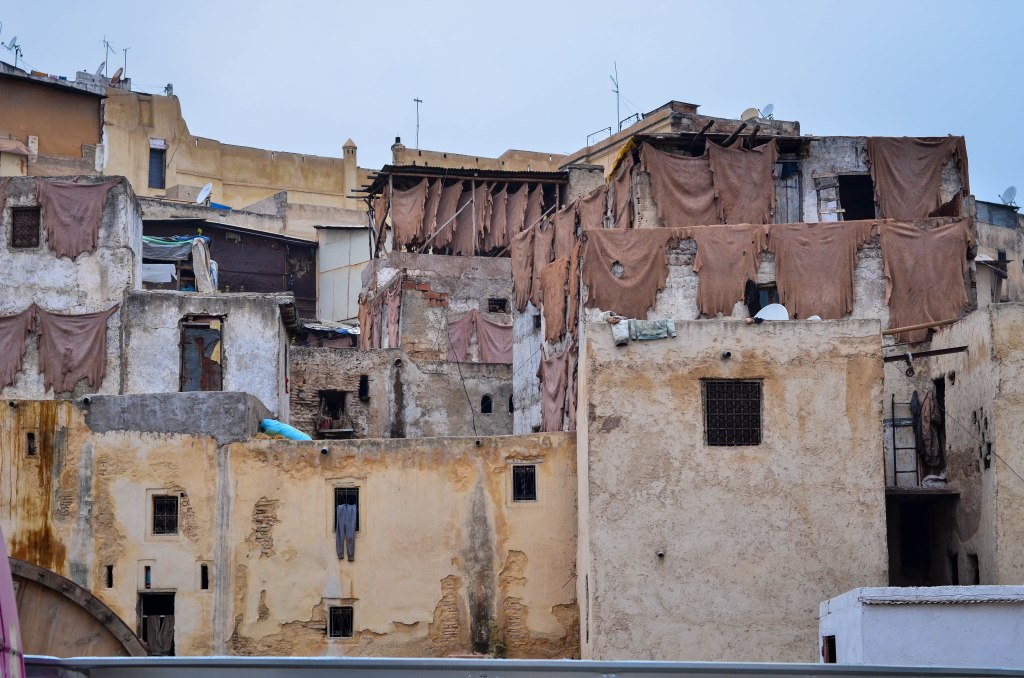 The delicate hues of dawn never materialised. The city and the sky revealed a dirty flatness that squashed all my joy of the previous day. I started to notice that the streets were full of bags of rotting rubbish around which cats skulked guiltily, ducking their heads as I approached as if they were picking at the bones of the dead. Dogs wandered without purposei, barking dementedly like drunk old tramps if anyone got too close. The stalls and shops were closed, the pretty things all shuttered up inside; the shimmering metals and mirrors, the brightly coloured scarfs and slippers, the painted bowls and jugs. Fez was naked, stripped of its glamour. It felt like a totally different place.

Deflated, I mooched towards our lodgings. Along the passages the street cleaners in their flourescent uniforms drove their donkeys with bulging sacks of trash strapped to their sides.Fur clogged with grime, they grazed beside the cats on the bilge that spread across the ground. As I walked, men loomed and hovered; one followed me for a while, to my alarm one tried to kiss me rather too forcefully before I managed to squirm away. It all left me feeling grumpy and weary and more than a little foolish. It was impossible for me to blend into the morning scenes as a woman and a non-Moroccan, it was naïve of me to try. When I found I couldn’t get back into the riad, I went to get a coffee near Bab Rcif and watched the filthy donkeys in the square. I reflected that I was ready to leave Morocco; to feel invisible for a while, to be able to order a coffee in a coffee bar and not always be the only woman there.

*During our time in Fez we stayed at the carefully restored Dar Aquas, run by Brian and Mary. It really was such a treat to be in such beautiful suroundings, and so relaxing. Brian was a fantastically knowledgable host and although Mary was away, her communication via Facebook was very helpful. We recommend a stay at Dar Aquas unreservedly!