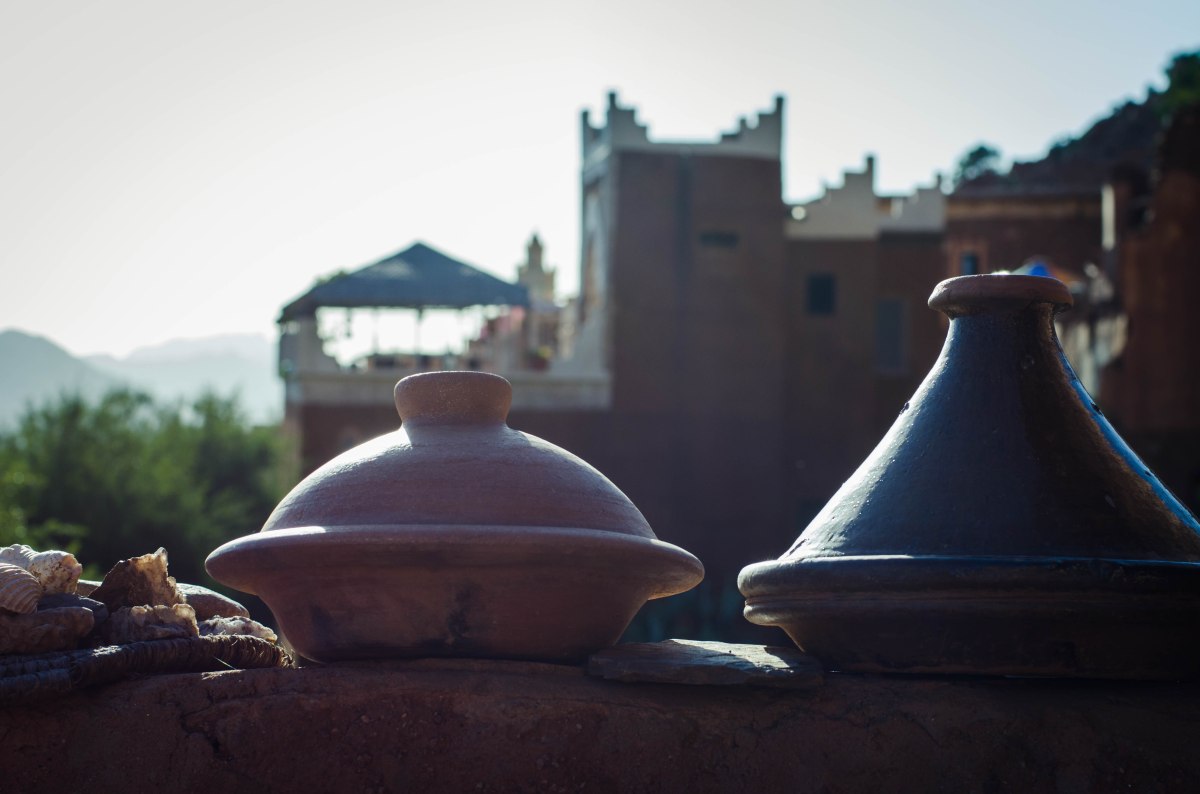 The roads, other than the big toll motorways, are pretty bad. Admittedly probably not so bad if you’re in a car rather than a 22ft motorhome, but even then they’re a long way off what I’m used to. One of my main gripes was width, with even major roads only just wide enough for two cars to pass each other and certainly not a whole lot of breathing space. Potholes, of which there are many, are another major nuisance with some roads seeming to consist mostly of pothole and not much else. The edges of many of the roads are strangely broken away so that if you did want to give that enormous coach hurtling towards you at 100 mph a little more room, you’d fall off the mini-cliff at the edge of the road and crash anyway. It all makes for some pretty hairy driving at times but as I say a car would not be quite as problematic as a motorhome.

If I went to Morocco again I would not catch a coach. Those fellas are crazy. There were far too many moments when they came hurtling around corners halfway across the road, only managing to avoid us at the last second by a hair’s breadth. Not pleasant, I would not put my life in their hands.

If you have an accident on the motorway, stop and call this number. This is what you are supposed to do. We did not do this. If we had, there’s a possibility that we may have got some compensation for our smashed window. Also apparently if you don’t report an accident in this way it can get you into trouble later. Fortunately for us it didn’t but it could have. Call the number.

This is generally a lovely thing as mentioned in my previous post, 10 things to love about Morocco, but can occasionally become problematic for the children concerned. Kissing on each cheek is a common greeting in Morocco and kissing children is a national sport. For British children not used to being hugged and kissed by strangers in the street, it all got a bit much. Monty, with his profusion of blonde hair, seemed to draw particular attention and everywhere we went women and young girls made quite a fuss of him. While he tolerated this pretty well at first, he became increasingly uncomfortable with it. We tried to explain and help him deal with it but it lead to him being a little unfriendly on a couple of occasions which was then very embarrassing for us. It’s difficult to know what to do about this really, but it would definitely help if you can pre-warn and prepare your little ones for a lot of attention and tutor them in gracious ways to deal with it.

#5 It is very difficult and/or expensive to buy alcohol

Morocco is a Muslim country, which means that alcohol is not drunk by the general population and is therefore a specialist commodity, only really desired by tourists, and the odd expat. If you feel you want to be able to drink while you’re there, it’s probably a good idea to take your own. In expensive bars and restaurants it may be available but you’ll pay for it. There is also a little anonymous section of Essaouira’s Carrefour that sells alcohol but it feels like a shameful affair going into it and coming out with your opaque bags of dirty booze.

We spent six weeks in Morocco and couldn’t possibly have bought things in all the places we visited, but Moroccan salesman had no patience for this. We learned to not even look at things in stalls if we didn’t want to be engaged immediately in a sale discussion. Often, genuine reasons that we may have had not to buy things sounded to the salesmen like the opening of a haggle situation. Most of the time this was fun and good-natured but at times did get to feel uncomfortable. Sometimes the children would be given gifts without us realising and then we’d be expected to buy something. We encountered some very persistent and sometimes slightly threatening characters who made us feel like we were wronging them by not buying their wares. This kind of thing is hard to deal with and certainly left me feeling sad and regretful. Perhaps if you’re not terribly sensitive this wouldn’t be such a problem but we found it easier in the end to just not look at all. Eli and I found this tough as we’re both suckers for sparkly, shiny and colourful stuff.

The animals we came across in Morocco were not well cared for. That does not mean to say that there aren’t animals that are, but that we didn’t see many. We saw many a donkey hit with sticks, sometimes by very young children; we saw performing monkeys being made to turn somersaults over and over dressed in silly costumes; we saw lots of lizards and tortoises stuffed into tiny cages; we saw snakes shoved into baskets and we saw too many animals being generally and sometimes cruelly pushed about. Upsettingly, we didn’t see much kindness directed towards any of the furry or scaly critters we came across and the boys found it all a bit difficult to understand. We’d be really interested to hear of any charities or projects working for animal welfare in Morocco, so if you hear of any please do let us know.

I have mixed feelings about the directive to cover up when in cultures that find bare flesh either offensive or distracting but if you don’t want to feel conspicuous it’s probably a good idea to keep exposed flesh to a minimum. On the one day I went out in a long strappy dress in desperation at feeling overwhelmingly hot, I felt like I was being looked at more than was comfortable for me and swiftly bought a scarf to throw over my shoulders.

It took us a while to get our heads around this one which is why I’ve included it here. Guardiens are men who look after pieces of land or property. Usually, you’ll come into contact with them if you want to park somewhere in a town or city. For a very small fee they oversee the comings and going of the street or parking spot that they are looking after. They keep an eye on your vehicle and generally manage the area. The guardien who looked after our van in Rabat seemed to literally be in charge of his street – who was selling on it, who was parking on it – and he knew the business of almost everyone who passed through. Not only was Colin (our motorhome) looked after in the day but through the night as well; as he had a smashed window and was very easy to access this was an absolute godsend. We gave him the recommended rate as advised by our hotel owner, and it worked out at less than five pounds. Other guardiens we met after that were all very helpful, and we were happy to give them a bit of cash to assist us in whatever way they offered. Don’t fear them, embrace them!

If you are a veggie that doesn’t like seeing dead animals being sold as meat, you might need to be careful about where you go. The selling of meat at markets and food stands is a bloody, visceral affair. We saw not only sheep heads tossed onto the floor of markets but also being cooked and dished out gradually to diners. A chicken is sold as a chicken, with all bits intact and whole hunks of animal are suspended in shop fronts and sliced and portioned according to shoppers needs. I think this is a much more honest way of buying and consuming meat but I guess for many meat-eaters as well as veggies and vegans, it is a much less avoidable reality than the packaged and sanitised meat we might be more used to. I travelled South East Asia as a vegetarian and found that people there had a similar way of dealing with the death of animals for meat. Interestingly, I found it less distasteful than I expected and, in fact, it may have started my return to a slightly more carnivorous lifestyle but I know for many the opposite may be true.

Travelling in Morocco can be edgy as well as wonderful but as long as you’re prepared, there are no great dangers or worries. As always, a bit of common sense goes a long way and kindness and friendliness will generally be returned.