There are travellers who have ‘bucket lists’, a list of places they want to visit before they die. Pinterest is full of these things – glamorous pictures of exotic destinations – often followed by the exclamation ‘That’s one for the bucket list!’ or some such thing. Some travellers research the area they are planning to visiton the internet, checking for places of interest or ‘things to do with children in X’. Many travellers go to their favourite trusted guide book, usually Lonely Planet or Rough Guides. But we follow none of these methods. In making our decisions about where to go, we consult the bible of motorhoming, Camperstops Europe 2015. We have a vague idea about the direction we want to go and how long we want to drive for, then check the maps in the front of this fine book to find a suitable stopping place. Travelling this way, we have come across places we never would have happened upon otherwise. It has taken us to quiet towns, bustling ports, mountain views and beach park-ups. There has to be a degree of trust in the ‘it’ll all be ok’ mindset, as often, if these stops weren’t suitable we’d have to drive a long way for an alternative. And there also has to be a fair amount of Not Expecting Too Much.

Occasionally we go to places that are recommended by other travellers we meet. Cabo de Gata was recommended to us by a motorhoming couple we’d met before we headed into Morocco, they also told us of a few other spots including Banos de Fortuna. Banos de Fortuna is a funny little place. Due to a thermal spring that has bubbled up from the ground for presumably millenia, it now has a constant population of ailing or older folk wandering about in bathrobes between taking dips in the main hotel’s healing spa pool. Before this current wave of bathers there were the Romans, who as we know, were fond of thermal springs and communal bathing in general. 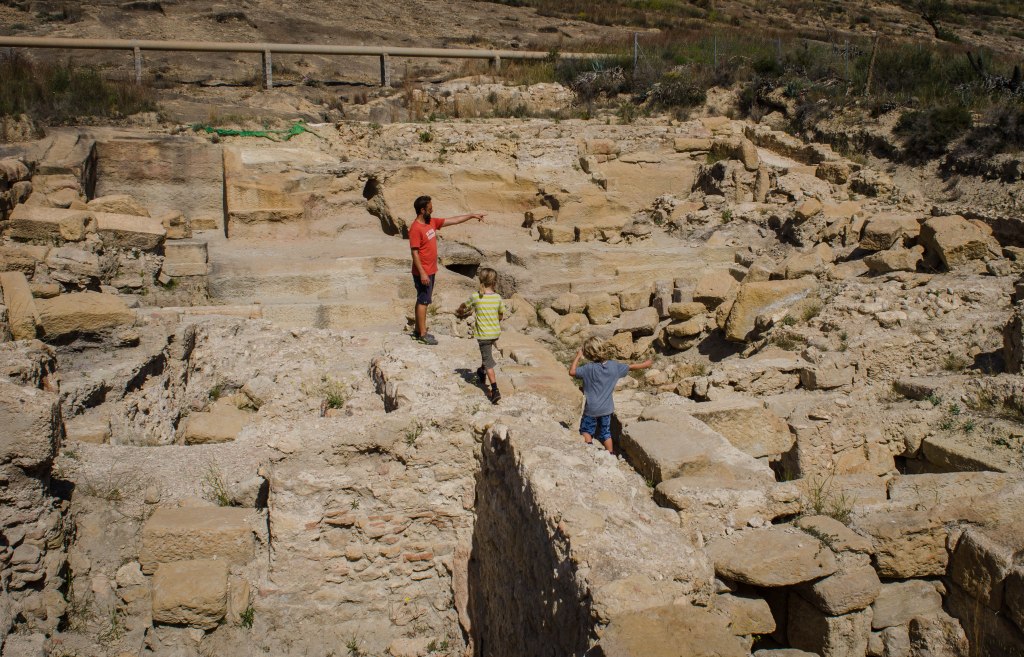 It’s the sort of place that we never would have come to if someone had not told us about it. It isn’t a younger person or even middle-aged person sort of place, there aren’t many attractions beyond the mineral rich spa water but oddly, we enjoyed it. The campsite we stayed at had a warm thermal pool which got the sloppy seconds, surplus water from the hotel’s spring and the old Roman baths, neglected though they were, along with a bike ride to take in a cave were enough to provide us with a couple of days of interest. The boys particularly loved the warmth and novelty of a pool as warm as bathwater and it was a treat to be taken to the source spring on our last day there. 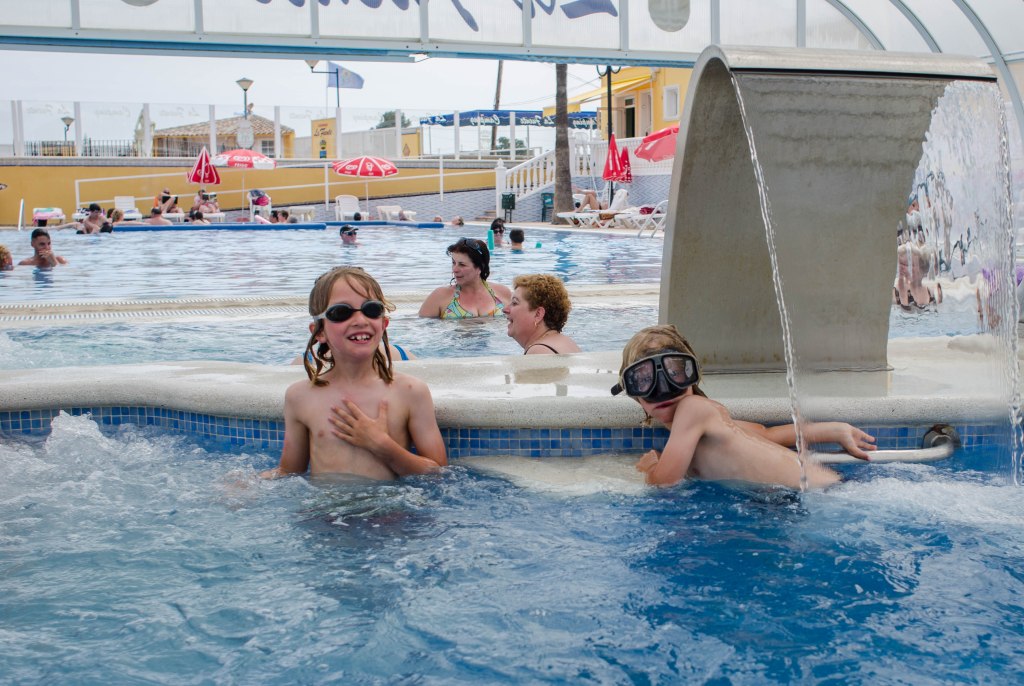 Would I recommend it to others as we had been recommended? Maybe…but as as Rob noted, being in a place that feels like the film Cocoon is a surreal and slightly unnerving experience. And I’m not sure having our noisy kids around was what all those people seeking some relief from their tired and achey bodies or their sore skin needed to help them relax. A quirky diversion, a somewhat barren landscape, a strangely clinical atmosphere, not usually the stuff of family excursions.